The Duchess of Cambridge’s Charities & Patronages

2011 | The Royal Foundation
The Royal Foundation revolves around four main themes of work; mental health, wildlife and conservation, young people and the armed forces community. The Duchess of Cambridge became the third Principal Patron following her marriage to Prince William in 2012.

2012 | East Anglia’s Children Hospice
East Anglia Children’s Hospices (EACH) is a charity that supports families and cares for children and young people with life-threatening conditions across Cambridgeshire, Essex, Norfolk and Suffolk. They provide care and support wherever the family wishes (in families’ own homes, in hospital or at one of ther hospices in Ipswich, Milton and Quidenham).

2012 | Action Of Addictio
Action on Addiction is a charity which takes action to disarm addiction through research, prevention, treatment, family support, professional education and training.

2013 | Place2Be
Place2Be works in schools providing early intervention mental health support, without stigmatising children, young people or families and at a point where they need it most.

2013 | SportsAid
SportsAid helps the sports stars of tomorrow today by giving them cash awards during the defining early years of their careers.

2014 | The 1851 Trust
The 1851 Trust will inspire and engage a new generation into the sport of sailing, providing them with the skills and training to become the innovators of the maritime technology of the future.

2015 | The Air Cadet Organisation
Youth aviation organisation sponsored by the Royal Air Force in the UK. Catherine is a Honorary Air Commandant.

2015 | Anna Freud Centre
Anna Freud Centre is a charity which transforms the experience of children, young people and their families with mental health issues by carrying out research, developing and offering services, teaching and training.

2016 | All England Lawn Tennis and Croquet Club
Tennis club based in Wimbledon, London, which stages the annual Wimbledon tennis championships.

2016 | The Lawn Tennis Association
Body which promotes the sport of tennis through funding training, competitions and facilities.

2016 | Action For Children
Runs over 400 projects for some of the UK’s most vulnerable and excluded children and young people. It helps and supports people in areas as diverse as disability respite therapy, foster care, adoption and child neglect.

2018 | Victoria And Albert Museum (V&A)
Their mission is to be recognised as the world’s leading museum of art, design and performance, and to enrich people’s lives by promoting research, knowledge and enjoyment of the designed world to the widest possible audience.

2018 | Evelina London Children’s Hospital
The second largest provider of children’s services in London. Evelina London provides comprehensive health services from before birth, throughout childhood and into adult life caring for not only local families but also providing an extensive range of specialist services for children with rare and complex conditions.

The Duke of Cambridge’s Charities & Patronages

2005 | Centrepoint
Centrepoint is the UK’s leading charity for homeless young people. Centrepoint provides accommodation, health support and life skills to 16-25 year olds to get them back into education, training and employment.

2005 | Tusk Conservation
Tusk Conservation works with successful local organisations, supporting and nurturing their conservation programmes to accelerate growth from an innovative idea to a scalable solution. They believe strategic conservation can empower local communities and improve livelihoods. Tusk Conservation supports and promotes effective environmental education designed to provide a more sustainable future for the next generation.

2007 | Royal Marsden Hospital
With its academic partner, The Institute of Cancer Research (ICR), The Royal Marsden is the largest and most comprehensive cancer centre in Europe, treating over 50,000 NHS and private patients every year.

2010 | British Academy of Film and Television Arts
The British Academy of Film and Television Arts – BAFTA – is a world-leading independent arts charity. In addition to its Awards ceremonies, BAFTA has a year-round, international programme of learning events and initiatives that offers unique access to some of the world’s most inspiring talent through workshops, masterclasses, scholarships, lectures and mentoring schemes in the UK, USA and Asia.

2010 | Fields In Trust
Fields in Trust is an independent charity with over 90 years’ experience protecting parks and green spaces. We work with landowners, community groups and policy makers to champion the value of our parks and green spaces to achieve better protection for their future at both local and national level. Catherine, Duchess of Cambridge (born 9 January 1982), is the wife of Prince William, Duke of Cambridge. William is second in line to the thrones of the sixteen Commonwealth realms and, if he becomes king, she will become queen consort. Catherine grew up in Chapel Row at Bucklebury, a village near Newbury, Berkshire, England. She studied in Scotland at the University of St Andrews, where she met William in 2001.

National Portrait Gallery
Since: January 2012
Information: The Gallery was founded in 1856 to collect portraits of famous British men and women. Explore over 175,000 portraits from the 16th Century to the present day.
Links: Official Site | Catherine's Efforts

The Scout Association
Since: January 2012
Information: Young people in the UK enjoy new adventures; to experience the outdoors, interact with others, gain confidence and have the opportunity to reach their full potential.
Links: Official Site | Catherine's Efforts

East Anglia's Children Hospice
Since: January 2012
Information: We support families and care for children and young people with life-threatening conditions across Cambridgeshire, Essex, Norfolk and Suffolk. We provide care and support wherever the family wishes .
Links: Official Site | Catherine's Efforts

100 Women In Finance
Since: January 2013
To supports chartities in the field of family health, mentoring and education. From January 2010 it will support three of PW's charities with whom he has a formal association: 2010 Centrepoint; 2011 Child Bereavement Charity; and 2012 Skill Force.From 2013, they will support two of The Duchess of Cambridge's Charities (in 2013, Action on Addiction and in 2015, The Art Room) and one of Prince Harry's Charities (in 2014, WellChild).
Links: Official Site | Catherine's Efforts

Place2Be
Since: April 2013
Information: Place2Be removes the emotional barriers to learning and prevents the downward spiral that can lead to low aspirations, poor educational achievement, truancy and exclusion from school. We help improve children's classroom learning and build their resilience, providing them with brighter prospects and hopeful futures.
Links: Official Site | Catherine's Efforts

SportsAid
Since: April 2013
Information: SportsAid helps the next generation of British sports stars by giving them financial support and recognition during the critical early years of their careers. These athletes are typically aged 12 to 18 and are among our brightest hopes for future Olympic and Paralympic success.
Links: Official Site | Catherine's Efforts

Natural History Museum
Since: April 2013
Information: Our vision is to advance our knowledge of the natural world, inspiring better care of our planet. Our mission is to maintain and develop our collections, and use them to promote the discovery, understanding, responsible use and enjoyment of the natural world.
Links: Official Site | Catherine's Efforts

The 1851 Trust
Since: October 2014
The 1851 Trust aims to inspire and engage a new generation through sailing and the marine industry, providing young people with the education, skills and training to become innovators of the future, and stewards of the marine environment.
Links: Official Site | Catherine's Efforts

The Air Cadet Organisation
Since: December 2015
With almost 41,000 members, aged from 13 to 20 years, in over 1,000 Squadrons across the UK, the Air Cadets is the world's largest premier youth air training organisation. The Duchess is also an Honorary Air Commandant of the Air Cadets Organisation.
Links: Official Site | Catherine's Efforts

Anna Freud Centre
Since: February 2016
The Anna Freud Centre is a child mental health research, training and treatment centre located in London, United Kingdom. It is one of only a small number of places in the UK where children can receive full psychoanalysis.
Links: Official Site | Catherine's Efforts

Action For Children
Since: December 2016
We provide services for children and young people whose families need support, who can’t live with their birth families, who are are disabled, and who are the most in need.
Links: Official Site | Catherine's Efforts

Victoria And Albert Museum (V&A)
Since: March 2018
The V&A is the world’s leading museum of art and design, housing a permanent collection of over 2.3 million objects that span over 5,000 years of human creativity. The Museum holds many of the UK's national collections and houses some of the greatest resources for the study of architecture, furniture, fashion, textiles, photography, sculpture, painting, jewelry, glass, ceramics, book arts, Asian art and design, theater and performance.
Links: Official Site | Catherine's Effort

Evelina London Children’s Hospital
Since: December 2018
Evelina London Children's Healthcare is part of Guy's and St Thomas' NHS Foundation Trust. They provide comprehensive health services from before birth, throughout childhood and into adult life. Evelina not only cares for local families but also provides an extensive range of specialist services for children with rare and complex conditions.
Links: Official Site | Catherine's Effort

Family Action
Since: December 2019
Family Action transforms lives by providing practical, emotional and financial support to those who are experiencing poverty, disadvantage and social isolation across the country working with local and national services and support professionals and organisations through training and consultancy provision.
Links: Official Site | Catherine's Effort

November 12: The Duke and Duchess of Cambridge will attend Shout UK's Crisis Volunteer Celebration event. The event brings together people from across the UK who volunteer around the clock to support people in crisis.

November 15: The Duchess of Cambridge, Royal Patron of East Anglia’s Children’s Hospices, will visit the charity’s new hospice ‘The Nook’ to meet children and families being supported by EACH, tour the hospice, and unveil a plaque to officially open the building.

November 21: The Duke and Duchess of Cambridge will attend the Tusk Awards. Tusk has pioneered successful conservation action in Africa by protecting wildlife, empowering communities, and working in the fight to end wildlife crime. 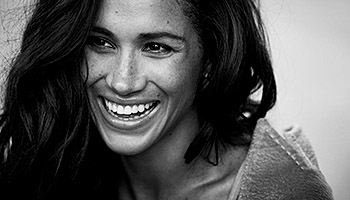 Rachel Meghan Markle became The Duchess of Sussex when she married Prince Harry, who is sixth in the line of succession to the British throne in May 2018. Meghan is a former American actress known for her role on the hit television show ‘Suits’. 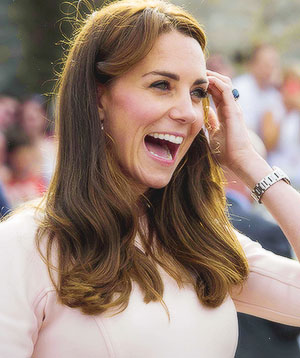 On September 01, 2016 Prince William, Duke of Cambridge and Catherine, Duchess of Cambridge visit Towan Beach during a visit to Cornwall.


View More From This Appearance.

Catherine-Middleton.Com is an unofficial fan site dedicated to HRH Duchess of Cambridge, Catherine Middleton. We do not know nor are we authorized by her, her family or her representatives. This was built by the fans and it is for the fans. This a non-profit website and we do not receive cash donations. It was built and is maintained to promote awareness and interest about Kate and her work and activities. All material is here for fan/entertainment purposes only. All images or other content is copyrighted to their respective owners and being used under fair copyright law 107. © Catherine-Middleton.Com
Copyright © 2011 - 2019 - Flaunt Network
Privacy Policy: Privacy Policy - DMCA